Was this article helpful

Thanks for getting in touch with us.

My parents homesteaded on Birch Road in the Anchorage area in the early 1950’s. My father, Don Gillette, was a pilot for Reeve Aleutian Airways. Reeve had scheduled flights out the Aleutian chain as well as freight flights all over the state. When I was about 11 or 12 years, old my dad started inviting me to accompany him on his flights around the state. We would show up at Reeve dispatch early in the morning. Back then (about 1972) teletype was still big and dispatch had teletype machines chattering away as the printed out information relevant to Reeve’s needs.

Whenever I accompanied my father I got to ride up in the cockpit and watch the crew perform their duties. We flew all over the state in a variety of older planes like the DC3, C46, or the DC6. Usually they were cargo flights but sometimes it was a mixture of cargo and passengers. For instance I flew to Point Barrow three times, Cold Bay countless times, Saint Paul Island, Fairbanks, Adak a couple times, etc.

One time we flew out to Adak with a load of freight. The front half of the plane was set up for freight hauling and the back half had seats for passengers. There were no passengers outbound to Adak and since we were not expecting any on the return flight, there were no stewardesses on board. It probably was as unscheduled flight to begin with. When we got there, we found out there were 18 passengers hoping to catch a ride to Anchorage. If a flight had 18 or less passengers, an airline was not required to have a stewardess. So we took off for Anchorage.

At first, I wandered around the plane eyeing the passengers and soon came up with the bright idea of being the Steward for the flight. There was quite a bit of uneaten food and drinks in the galley, and I soon got up the courage to go down the aisle asking the passengers if they would like anything. Quite a few decided to take me up on my offer. It was about a six hour flight from Adak to Anchorage, so I had quite a bit of time available to meet the passengers needs. One passenger was a bit intoxicated and told me, “I was the best stewardess he had ever had.”

So I had one very memorable day at about age 12 as a flight steward.

Note from Tim “Only in Alaska….” 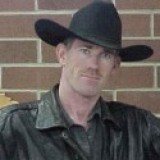 Tim was born and raised in Idaho, but has traveled all over since then. He started writing clear back in high school, and hasn't stopped since. Whether it's Tales from Alaska, historical research, cutting edge RnD, science fiction, spiritual, or How-to, he's written material in, and has keen interest in, lots of different genres. Check out http://www.EvergreenMountainPublishing.com for some of his other books and material.